What Are the Real European Values

One of the most controversial topics of today is the definition of what Western values ​​are. While one associates them with equality and rights, the other – with the freedom to determine what is truth. While others see it as simply high standard of living. We spoke with Todd Huizinga, president for Center for Transatlantic Renewal (CTR) and editor of the online European Conservative, about what Western values ​​are and what their perspective is. During 1992-2012, Huizinga was a US diplomat in Luxembourg, Belgium, Germany, Mexico, Ireland and Costa Rica, and worked in the European Affairs department at the US State Department in Washington. He is an expert on democracy and politics of Western Europe. He came to Ukraine with the lecture organized within the framework of the project “Building Democracy: Rule of Law, Human Rights and Political Institutions (American Experience)​, which is run by the Department of Political Science of the Ukrainian Catholic University.

What are Western values ​​in general

Until the 1960s, society in the United States had a single Judeo-Christian cultural consensus. This did not mean that the majority were Christians, but rather that there was an agreement in society that the values ​​we have come from this worldview.

This worldview is about understanding human nature. This view is reflected in the democratic political system. It is a look at a person who has a paradoxical two-sided nature. On one hand, we have an inherent and equal dignity for all, and therefore we have rights that no state can take away. On the other hand, all people have flaws, they are imperfect and inclined to do the wrong things. That is why the US Constitution provided both a system of checks and balances and a distribution of power to keep power from being concentrated in someone’s hands.

The founding fathers of the US Constitution realized that if one person or one group of people had too much power, they would inevitably begin to abuse it and there would be tyranny. Therefore, the presence of human rights and freedoms is a reflection of our dignity in a democratic system, and restraints and balances are a consequence of the fact that we are all mistaken. This obviously comes from the Christian view of the imperfect man: we are created in the image of God, therefore we have inherent dignity, but we are also prone to sin. And you do not need to be a Christian to see this dual nature. It is enough to be a person with the open eye on other people and yourself. The one who is honest with himself knows that he is wrong and is selfish. He does not idealize himself and others.

Despite simple explanation, many academic elites and ordinary people nowadays do not agree with it. The consensus on values ​​that has existed so far is being corrupted by the worldview of postmodern secularism. This process began in Europe since the emergence of German theological liberalism in the 19th century and has intensified in the 1960s, ever since the Second World War. Europe has since become more secularized. In America, these changes emerged in the 1960s. 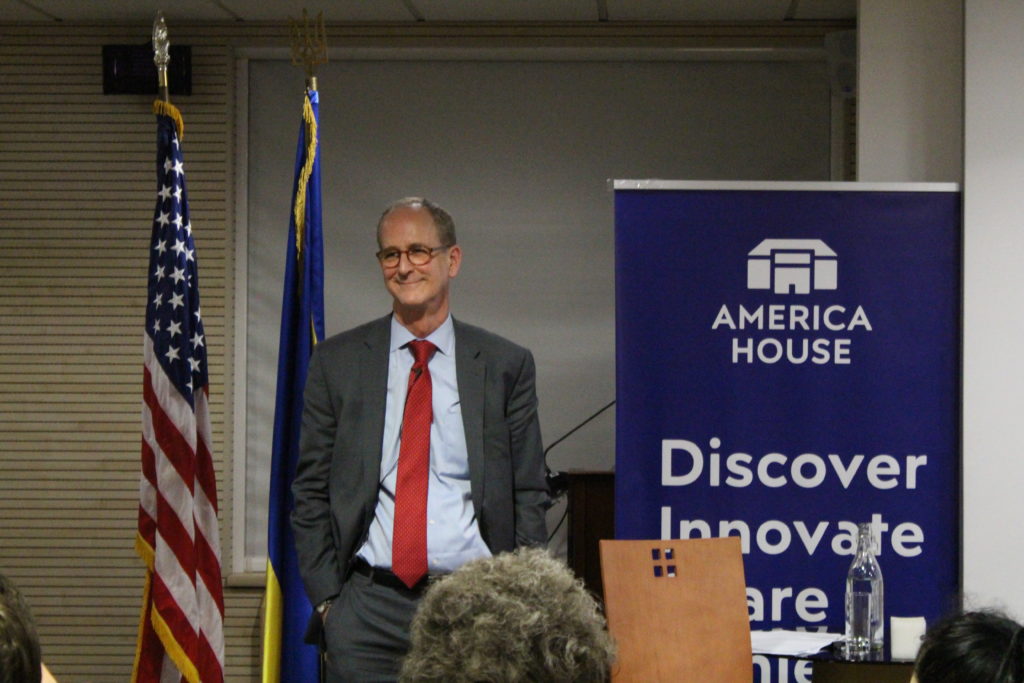 Todd Huizinga during his lecture on the Western values. Source: P. Baikovskyi, UCU

What is the new worldview

In order to understand the difference in the interpretation of Western values, it is necessary to identify the main players. Among the ideologies that influence the development of these values ​​are conservatism, liberalism and progressivism.

A conservative camp is usually more respectful of tradition, more suspicious of change, realistic about human nature and its flaws. Proponents of progressivism believe in progress and change. They are often not religious and question the traditional vision of human nature. Liberals now represent a more center-left camp in democratic politics, but are not as opposed to values ​​as progressives.

Therefore, in essence, the main conflict in determining Western values ​​lies between the camp of conservatism and progressivism. Both camps define freedom differently.

In the traditional Western worldview, both conservatives and liberal camps defined freedom as the freedom to do what is right and the freedom to act in a way that leads to the prosperity of humanity. While progressives now define freedom as the right of everyone to decide and determine for themselves what is the truth.

The traditional notion of freedom meant doing what was right and not doing evil so that humanity would flourish and human nature become better in all its manifestations. While the new worldview suggests that people can change according to their will and decide what is true. In short, it’s a worldview that says there is no God. It is not necessary to be a Christian to agree with traditional Western values, for it is enough to see what role they played in the formation of the West. However, if a person is anti-religious, he or she will find it difficult to accept the concept.

Still there must be a balance for democracy. Politician Steffen Heitmann, a member of the Christian Democratic Union in Germany, noted shortly after the fall of the Berlin Wall that a progressive worldview began to put pressure on the conservative. But despite his commitment to conservatism, he added that democracy requires both camps because the power of one party is not democracy.

The danger of an unlimited ideology of secularism and postmodernism

If conservatives did not oppose the ideology of progressivism, it would have done more harm. However, there are currently two major dangers.

First, it’s loneliness. If you decide what is true, you mean that you do not accept the limitations of traditional relationships, traditional beliefs in terms of what is true. You do not accept restrictions on communities, families, religion. And this post-truth result was unexpected! People are more lonely, less of them get married or have children – so this is one of the main problems of society today.

Another problem is the loss of freedom. Unless there is a basic cultural or social agreement on what is right and true, and everyone resolves these issues on their own – ironically, but then it is for the state to decide which truth of all should be recognized and the others rejected. And that is why the strengthening of the state and the growth of obligation to follow certain “truths” is happening in Western Europe, Canada and the USA. The progressive version of “truth” is imposed on the rest of society and is often pushed by the authorities of the country, and the traditional version of truth is rejected. Freedom of speech, freedom of religion, freedom of assembly suffer. Non-discrimination laws are becoming more widespread, so you are not allowed to express your views, but are accused of breaking the law and discriminating someone. 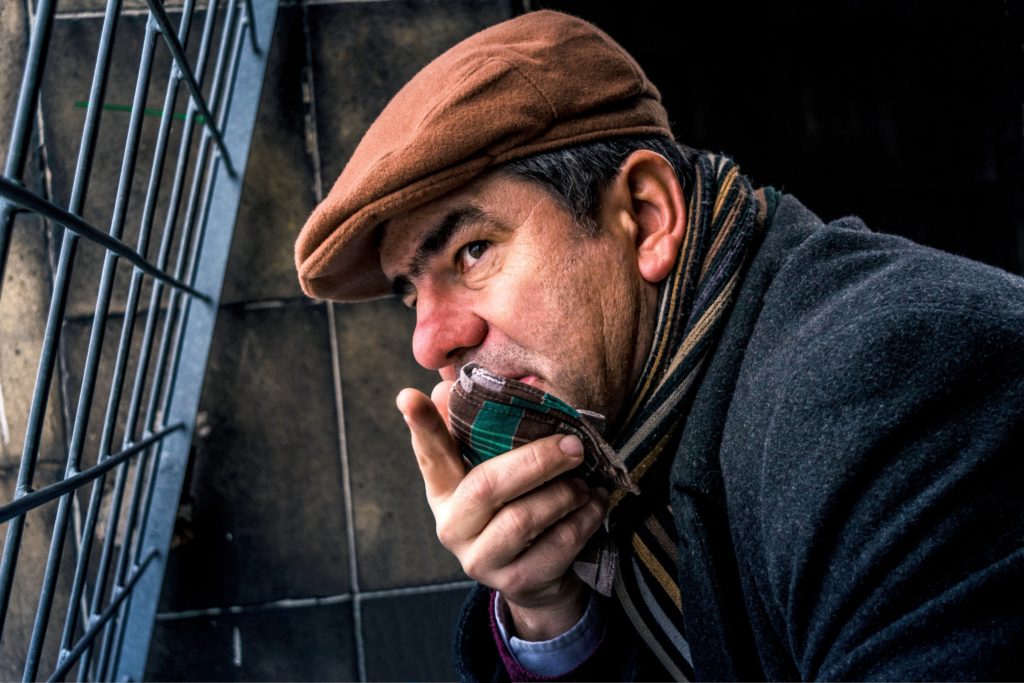 This is a counterintuitive phenomenon that is very discouraging to most people. For example, when I was a diplomat, the United States and Somalia were the only states that had not ratified the UN Convention on the Rights of the Child, and people think – who can be against the rights of children? But the reason is that American conservatives are worried about the UN introducing a state between a child and a parent. In addition, it is unclear in the UN convention whether parents can say that a child needs to go to church because the child has “freedom of conscience.” However, they ignore the fact that children learn from their parents and are not yet able to make such decisions! It is also unclear whether a minor child can have an abortion without informing the parents. It seems strange to me that all other countries have ratified this convention. Of course, we are not against children. This ideology simply takes good things and distorts them completely differently.

Destruction or restoration: the prospect of Western values ​​now

At one time, the traditional worldview began to fade as the Christian faith faded away. Although his followers did not always believe in God, they saw a connection between Judeo-Christian values ​​and what they called Western Europe. Because people in the US were more religious and more influenced by the traditional Christian faith, they began to decline later.

But now the movement for traditional values ​​is reasserting itself! This is largely due to European “populism”. Many previously established parties in Western Europe, which are historically center-right, conservative, are not really conservative at all. They are simply more moderately progressive than the left. Therefore, the phenomenon of the conservative movement has become a form of populism.

Populism in Europe is a very erratic and instinctive interference with a conservative outlook in politics. This is an instinctive reaction from people sensitive to conservatism. They respect the traditional way of life. And at some point they realized: “Wait a minute: our interests are no longer represented by the created parties! So we will create our own political movement. ” 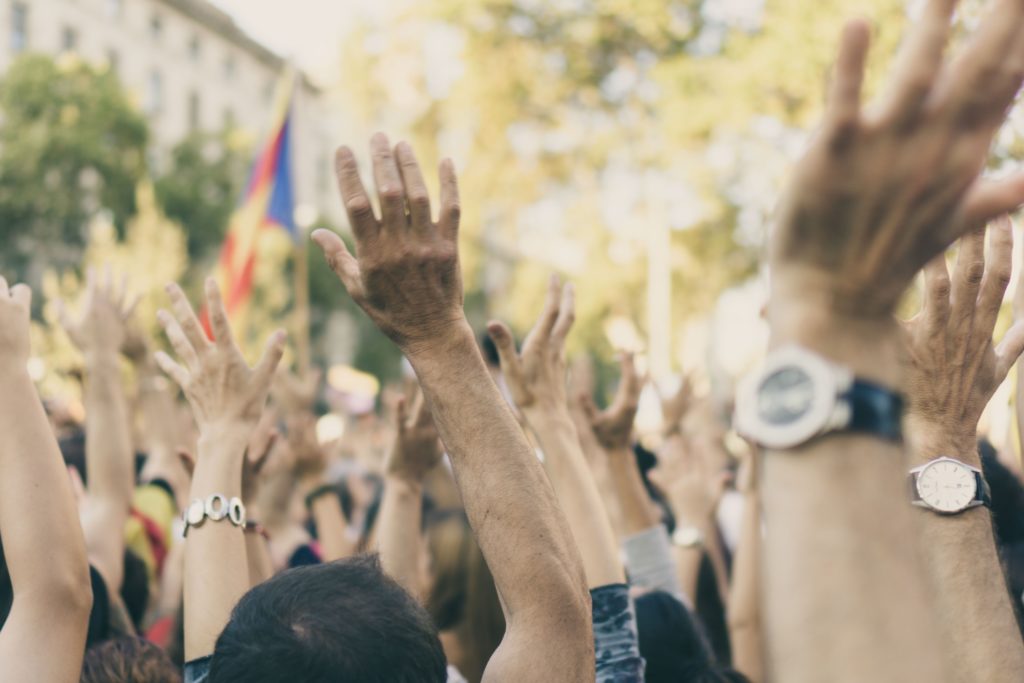 Conservatism is now re-establishing itself in Western Europe. The media describes it as radicalism, so the situation is definitely rather messy. There are some elements of right-wing radicalism in populism, but it is mostly not radical—it is average people with a sensitivity to conservatism who talk about it through politics. Despite the opinion of many progressives, it is difficult to destroy conservatism.

Barack Obama has said many times that someone or something is on the “right” or “wrong” side of history! He believes that history is moving in his direction. But history is much more complicated than progressives and conservatives believe. For example, who would have thought that Britain would leave the EU? Despite opposition from all elites, all media and others, they still did.

Ukraine can withstand the winds of ideologies if…

And don’t listen too much to the US, Europe or anyone else! Have a free and open discussion about how you want to build democracy in Ukraine.

Second, read the works of great people: great thinkers and builders of modern democracy. Read federalist papers, also respected by Europe, that were written in defense of the US Constitution when it was being discussed on ratification. There you can find the treasures of realistic thought, human nature and human beings that are true. You can also read Alexis de Tocqueville’s writings on democracy. 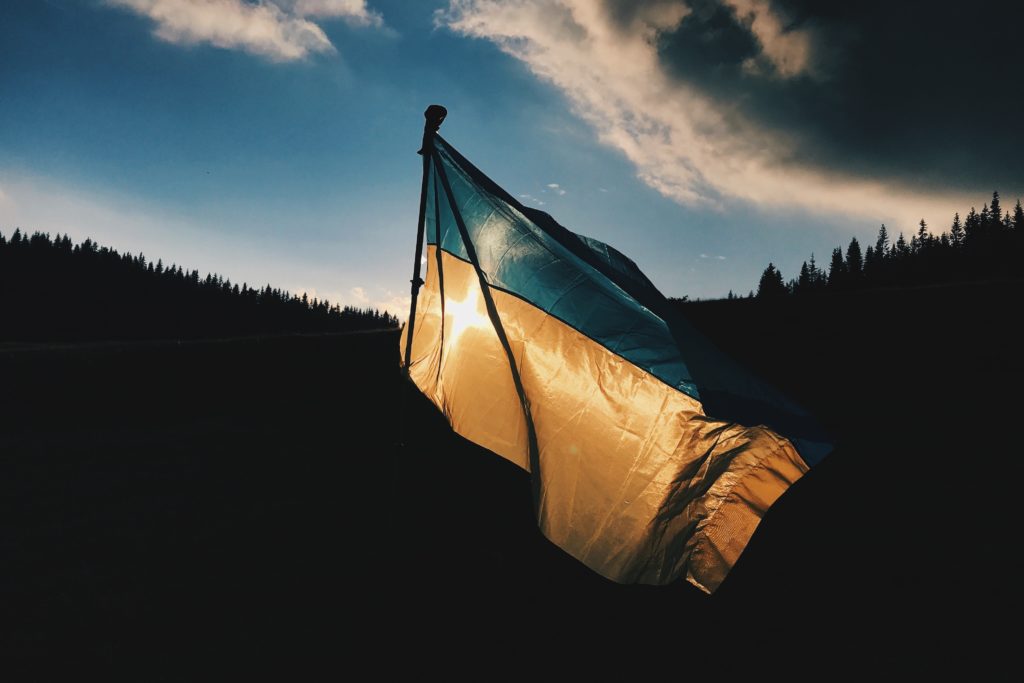 The place of the Christians in Western European values

Christians need to be confident in participating in public debate and saying that the Christian view of man is right and true. Bold and resolute, humble and loving. To speak the truth in love and not to give up just because there is opposition, because everything is in the hands of God.

All we can do is humbly speak the truth and continue to do so, giving success to the Lord. People who disagree with us have as much dignity as we do, and although we see defects in others, our faults are our responsibility. So love others as yourself. However, as the Bible says, “Love your enemies” – that means you have enemies! Love does not mean that you do not see reality.

It is not always necessary to express traditional Western Judeo-Christian values ​​using biblical categories. Needless to say, “We are all created in the image of God and all sinners.” You can say, “We all have dignity and rights, and we also have disadvantages.” And if one disputes this dual nature, one can explain it to them through a series of arguments without directly referring to God.

However, the central understanding of Christianity and conservatism is that faith is more important than politics. It is worth resisting the politicization of everything. Faith is more important. It is much more efficient to spend less time talking about politics, but rather truth and human nature, and interact with people.

People should be allowed to live lives free of ubiquitous assertive politics.